Combines.io is an arcade game that plays like a farmer simulator: drive your combine around the golden fields and harvest precious crops, avoid enemies, set them up for failure, and get the highest score possible! Defeat the enemies by making them crash into your grain carts. 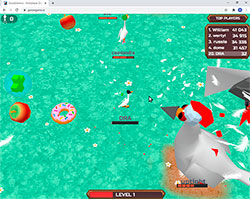 GooseGame.io is a ruthless battle of vicious geese thrown into a small arena. The food is scarce, the enemies are everywhere and only the most cunning will survive. It’s a fight for dominance over territory and resources and only the most vicious will have what it takes to become the victor.


Sort It is a fun casual puzzle game with a very simple objective: sort the balls by color so that each flask is either filled with the same kind of balls or empty altogether. To do that you need to select a ball with the left mouse button and then click on the tube where you want to place the ball. The balls cannot stick out of the flask so make sure there is enough space inside. 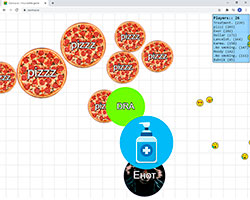 
Covirus.io is a game inspired by Agar.io with COVID style. Tired of being good and petting kitties? You've got a chance to become the biggest, mightiest and most vicious virus on the server. All you need to do is eat humans and the weaker viruses. Avoid sanitizers, they will tear your virus apart! Will you be able to stay alive for at least five minutes in this strange world or will other viruses eat you? Play and find out! 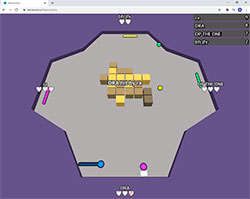 
Tetranoid.io is a game inspired by Arkanoid with four platforms and balls instead of one. Challenge three other players to a fight for victory. Control your platform on the playing field, deflect your own and other people's balls, break the tiles. If the ball flies into the player's goal, they lose one life, and when there are no lives left, it is Game Over for him. Ensure a Game Over for the other three players and win the match!


Connect the ropes of various colors to their designated holes in Color Rope 2! In this unique physics-based puzzle game you have to find elegant ways to achieve one simple task: every rope has a ball on its end and you have to place that ball into its nest indicated by the same color. The ropes should not intersect, but you can use special poles bend the rope and change its angle and direction.


2077.io is a Cyberpunk-inspired puzzle game about hackers. The process of "hacking the system" is the sequential input of data - characters located in the data entry console. The sequence for entering characters must match the correct combination located above the data entry console. For each correctly entered next character you get more points than for the previous one. Thus, the one who correctly enters the entire 10-character combination gets the most points from "breaking the security level of system". 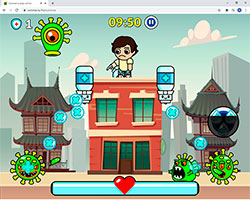 
Once upon a time on a wonderful sunny day there were no sings of trouble. But evil coronaviruses have suddenly invaded! Protect your cozy little house from the virus` attacks. Shoot at the advancing viruses with hand sanitizer, don`t let them get to you and infect you! Spend the points earned during the battles to purchase upgrades for your hand sanitizer, turrets and house fortifications. Try to survive for at least 10 minutes!